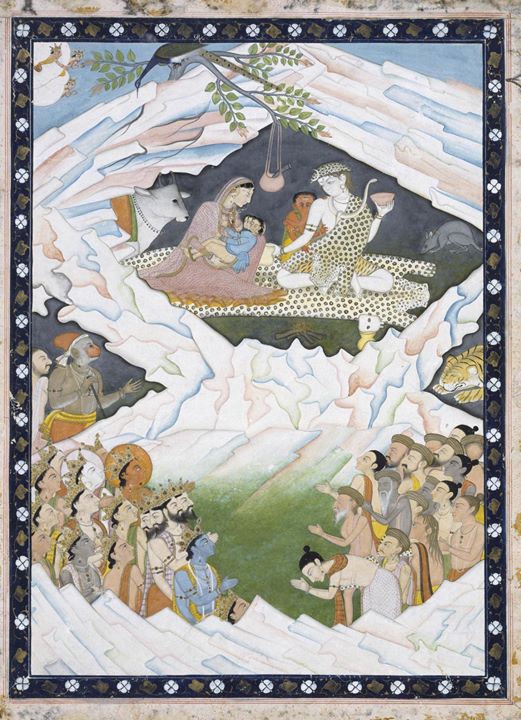 The Purana is a class of literature that incorporates ancient religion, philosophy, history, sociology, politics and other subjects. It is an encyclopaedia of various branches of knowledge and ancient wisdom. It has been defined as a class of literature that contains material on the topics of Creation, Dis-solution of Manus, Ages of Manus, Genealogies and the History of glorious kings. For dealing primarily with these subjects it has been called Pancalaksana-a title that was incorporated in the Puranas themselves and had become popular by the Fifth Century A.D., for it was included by Amarasimha in his lexicon 'Amarakosa'. But as the process of interpolation continued, the Pancalaksana definition was found inadequate. The Puranic redactors adopted a Dasalaksana definition that suited the contemporary text. Still the dynamic forces were at work and the process of insertion, modification and abridgement went on and it was soon discovered that the Dasa-laksana definition too fell short of an actual fact. It was found that the puranas contained certain aspects that were not covered by any five or ten characteristics. The Puranas are divided into two classes-the Maha-puranas and the Upapuranas. Each class consists of eighteen puranas. Thus the number of the Puranas is thirtysix. Mahapuranas are classified into different categories-Vaisnava, Brahma, Saiva etc.

Sivapurana has all the characteristics of a Mahapurana. According to the ancients, a Mahapurana contained five main characteristics that concerned either early religion or traditional history. Sivapurana possesses the conventional characteristics of a Mahapurana in common with its other colleagues. These entitle it to the status of a great Purana. But its real greatness lies in expounding the philosophical background of Siva ritual. The Purana conceives Siva as the eternal principle, the supreme god, the cosmic soul, the support of all existence. But the ignorant aspirant bound in the meshes of illusion goes in quest for knowledge and imagines that his lord has a personal form possessed of attributes distinct from his self, who in moments of distress responds to his prayers and bestows grace.
Source: Amazon

Image:
Painting, in opaque watercolour and gold on paper, of Mount Kailash with the family of Shiva and Parvati and their children sitting on a leopard skin. Nandi and a tiger are at either side whilst deities and worshippers look on.

My dad is reading that right now!