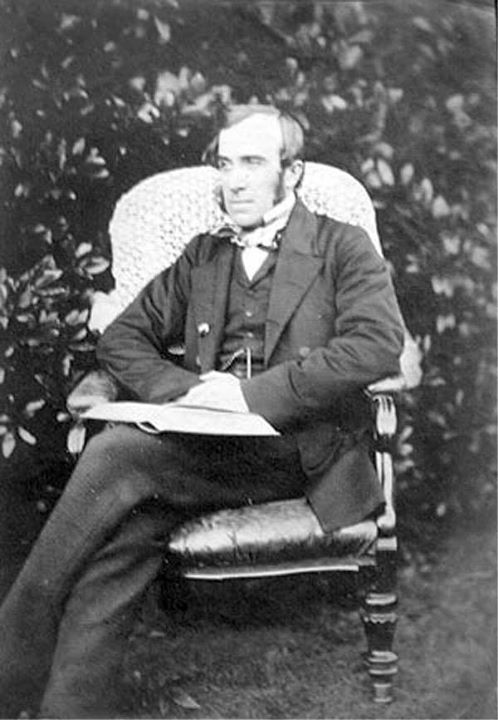 Monier Williams's submission to the members of Convocation of the University of Oxford, 1860.

"...my utmost energies shall be devoted to the one object which its Founder had in view;—namely "The promotion of a more general and critical knowledge of the Sanskrit language, as a means of enabling Englishmen to proceed in the conversion of the natives of India to the Christian religion."

In offering myself as a Candidate for the Boden Professorship of Sanskrit, now vacant, I respectfully lay before you a few particulars which bear upon my fitness for that office.

Having been born in India (the son of the late Lieutenant-Colonel Monier Williams, Surveyor-General of Bombay), my earliest thoughts and studies were directed towards the East. I was presented to an Indian writership in 1840, and was therefore compelled to leave Balliol College, Oxford, (where I had resided for a year and a half), to proceed as a student to the East India College, Haileybury, where I gained the first prizes in all of the Oriental subjects. In consequence of the death of a brother in one of the battles of India, I resigned my writership in 1841, and returned to Oxford, where I became a member of University College and took my Degree in 1844.

During my second residence in Oxford my attention continued to be directed to Oriental studies, and in 1843 I was elected to one of the Boden Scholarships.

In 1844 I was appointed to an Oriental Professorship at Haileybury College, where I remained for about 14 years, till the abolition of that Institution. In the first year of my appointment my duties were to lecture in Sanskrit, Persian and Hindústání. In the last 13 years I was employed exclusively in the Sanskrit department.

As Haileybury College usually numbered from 80 to 100 students, and as every student was compelled to pass a prescribed test in Sanskrit, an amount of experience has been gained by me in teaching the Sanskrit language, which could not have been acquired at any other place of education. From the first moment of my appointment to the Haileybury Professorship, the one idea of my life has been to make myself thoroughly conversant with Sanskrit, and by every means in my power to facilitate the study of its literature.

With this view I have published a Grammar, a Dictionary (the former of which was was brought out under the patronage of the Delegates of the Oxford Press, and the latter under that of the East India Company,) and various other Oriental works, a list of which is annexed.

In 1855, when the new system of competition for the Indian Civil Service was introduced, I was selected by the Government to examine in Sanskrit, and I have held the appointment of Sanskrit Examiner for five years consecutively.

Having commenced my career as a Scholar on the foundation of Colonel Boden, I owe a deep debt of gratitude to the munificent benefactor, who provided for the perpetual study of Sanskrit in the University of Oxford, and if I am elected to the Boden Professorship, my utmost energies shall be devoted to the one object which its Founder had in view;—namely "The promotion of a more general and critical knowledge of the Sanskrit language, as a means of enabling Englishmen to proceed in the conversion of the natives of India to the Christian religion."

I have the honour to be,

Ulterior motive 'conversion of Hindus' was behind this.

What he had done is a marvelous piece of work.