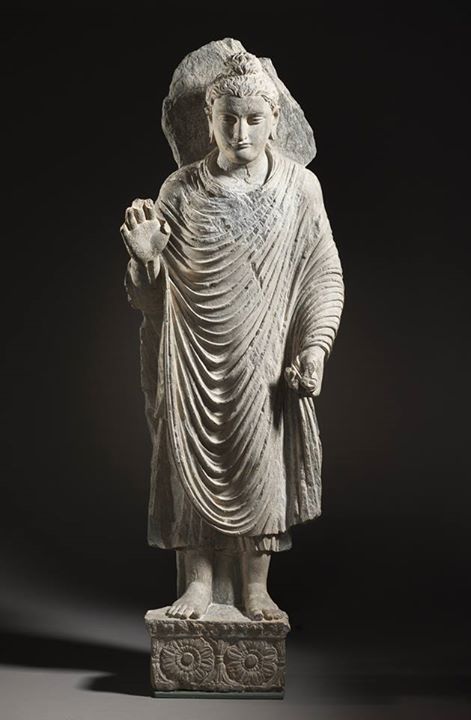 Digital Rare Book:
The Buddha-karita of Asvaghosha
Edited by Edward Byles Cowell
Introduction in English
Printed at The Clarendon Press, Oxford - 1893
In Sanskrit

Aśvaghoṣa (c. 80 – c. 150 CE) was an Indian philosopher-poet, born in Saketa in northern India to a Brahmin family. He is believed to have been the first Sanskrit dramatist, and is considered the greatest Indian poet prior to Kālidāsa. He was the most famous in a group of Buddhist court writers. Whereas much of Buddhist literature prior to the time of Aśvaghoṣa had been composed in Buddhist Hybrid Sanskrit, Aśvaghoṣa wrote in Classical Sanskrit.

He wrote an epic life of the Buddha called Buddhacarita (Acts of the Buddha) in Sanskrit. The monk I-tsing (Yijing) mentioned that in his time Buddhacarita was "...extensively read in all the five parts of India and in the countries of the South Sea (Sumātra, Jāva and the neighbouring islands). He clothed manifold notions and ideas in a few words which so delighted the heart of his reader that he never wearied of perusing the poem. Moreover it was regarded as a virtue to read it in as much as it contained the noble doctrine in a neat compact form."

It described in 28 chapters the whole Life of the Buddha from his birth until his entry into Parinirvāna. During the Muslim invasions of the 10th – 12th centuries, half of the original Sanskrit text was lost. Today, the second half only exists in Chinese and Tibetan translations.
- Wiki

Buddha in Nirvana meditation under Bodhi Tree in Gaya on Vaisakh Purnima. His left hand is in the dhyana mudra, and supports a blue alms-bowl that is filled with the nectar of immortal wisdom. His right hand is in bhumisparsa mudra or ‘earth-touch.

Thank you.. Didnt expected to get this here :)

English translation of this book is available?!