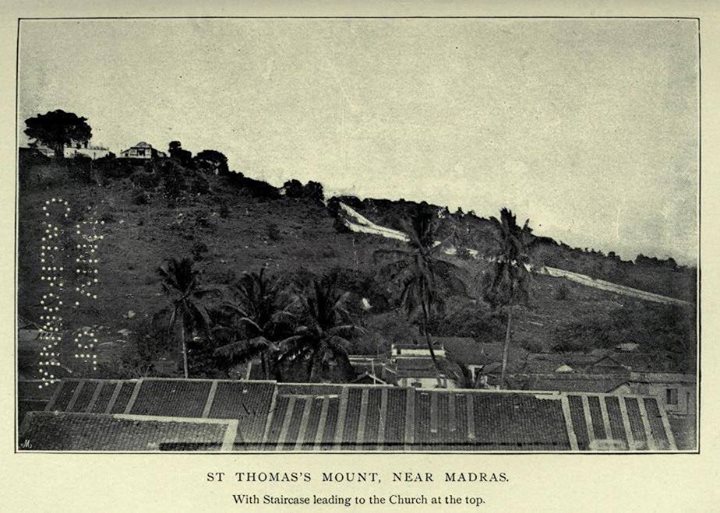 The Syrian Church in India, which is sometimes called the Church of the Christians of St Thomas, has hitherto been but little known in the West. The first of the European nations that held intercourse with it was the Portuguese, and it was from the records of the ecclesiastical relations between the Portuguese and the Syrians that Michael Geddes compiled his ' History of the Church of Malabar' (1694), which was the first work in English on the subject, and is still of considerable value. Gibbon, who approached it by a different route, introduced into a memorable chapter of the 'Decline and Fall' a notice of the ancient Church which for comprehensiveness of grasp and general accuracy has not been surpassed. But it was reserved for Claudius Buchanan, whose aims were of a distinctly practical character, to habilitate in this country a knowledge of the Syrian Christians.

Buchanan, however, did not write history but only an account of his own travels and observations; and, in so far as he touched on Syrian history or Syrian doctrine, his information was imperfect and in many cases misleading. He depended for light largely on the talk of the Syrians themselves. Still, his 'Christian Researches in Asia,' which seldom failed to communicate a gleam of his own enthusiasm to his followers, became the chief guide of a band of writers, who, it must be added, never moved out of traditional grooves.

When some twenty-four years ago I went as a missionary to Madras in the service of the Free Church of Scotland, I came, like Buchanan, into direct touch with the Syrians. I found that there were always representatives of the Syrian community among my students in the Christian College. During the midsummer vacation in 1870, I paid a visit to the Malabar coast, where the Church had existed from a date earlier than the coming of St Augustine and his monks to Canterbury. From time to time I examined the holy places sacred to St.Thomas in the neighbourhood of Madras, where a sister Syrian Church had existed for the better part of a thousand years, and ceased to be only about the time when Luther was becoming a power in Europe. But satisfactory historical knowledge seemed hard to acquire, and something more was demanded than Geddes, or Gibbon, or Buchanan and his following, or the Syrians themselves could supply.

At length I was led into more fruitful fields of inquiry. I explored the primitive traditions concerning St Thomas, with a view to ascertain the origin and value of the local tradition. I studied the history of Christianity in other parts of Asia, with a view to discover the true kinship of the Syrian Church. I became acquainted with the results of archaeological research and of Dravidian scholarship relevant to my subject. I tracked the footsteps of travellers in India in the middle ages, and followed the political relations of European peoples to the dwellers on the Malabar coast. Finally, I acquired possession of copies of the documents, the evidence of witnesses, and the decisions of the judges in a case of disputed succession in the bishopric of the Syrian Church, which ran the gauntlet of the civil courts of Travancore, and which remained for ten years, 1879-89, on their files. Of my obligations to these classes of authorities, and to others, specific acknowledgments are made in an appendix of notes.

Certain of the following chapters appeared in such Indian periodicals as the 'Madras Christian College Magazine,' the 'Indian Evangelical Review,' and the 'Harvest Field.' I was anxious to offer facilities for criticism to educated members of the Syrian community, from whose views on the origin of their Church I strongly differed. My challenge, if I may call it such, was promptly taken up by a Syrian graduate of the Madras University. From others, suggestions of value were received. Many of the chapters therefore have been entirely recast ; and the work, which has been prepared in the midst of a busy missionary life, is now submitted to the kindly consideration of scholars and the public, as a contribution to the history of Christianity in India.

Book Review in Spectator, 19 NOVEMBER 1892, Page 13 The Syrian Church in India. By George Milne Rae, M.A. (Black- wood and Sons.)—Mr. Rae has manifestly used much research for this work of his. He examines the traditions which connect the Malabar Church with St. Thomas, and, while pronouncing them to be fictitious, shows that it is, notwithstanding, a very venerable community. It must be confessed that his volume is not attractive reading,—not as attractive as it might be, we venture to think. He is too historical and too controversial. He cannot keep his hands off the Inquisition, and, indeed, this tribunal seems to have had a peculiarly odious character in Goa,—the Portuguese In- quisition always was the worst form of the thing. And he tells us a long story about a protracted law-suit, which ended in the triumph of a certain Mar Dionysius Joseph over Mar Athanasius Thomas. Here, again, we sympathise with his view of the case, which seems to have been decided by two Hindoo judges against their English colleague in defiance of facts. (The Hindoo lawyers, to whom the whole matter was absolutely new, actually relied on spurious Canons of the Nicene Council, and talked in their judgment of the Catholicos of Baghdad as invested by the Council with a certain jurisdiction, an anachronism of about four centuries.) But of the Malabar Christians themselves, we hear very little. The most interesting chapter by far is that on the Inquisition, and this is but remotely connected with the subject, except as showing that Roman methods do not always promote missionary, success. In Goa and its dependencies it was more dangerous to be a Christian than a Mahometan or Pagan. Mr. Rae's book is valuable in its way, but it misses one of the results which it might have attained, the interesting of the general reader. Source: http://bit.ly/2pGch1n