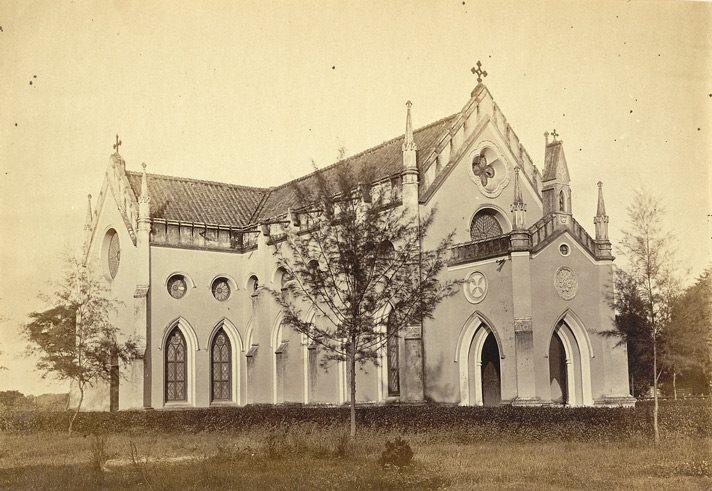 This photograph of the St. Joseph's Church from 'The Lucknow Album: containing a series of fifty photographic views of Lucknow,' was taken by Darogha Abbas Ali c.1874. The Roman Catholic Church of St. Joseph was built in 1860 by Father Raphael of Livorno at the instigation of Catholic troops stationed at Gorakhpur during the 1850's. It is the fifth oldest Catholic church in Uttar Pradesh.

1851 St John's Church Photograph by Frederick Fiebig, established in 1787 and became Calcutta's Cathedral before the building of St. Paul's.

why are the streets so deserted in all these pictures of colonial India?