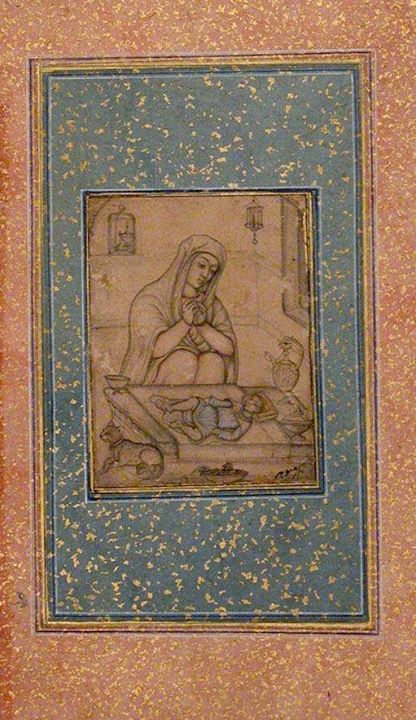 Madonna and Child in a Domestic Interior

During Akbar’s reign, numerous Christian subjects were copied by Indian artists working from the illustrated Bibles, prints, and paintings that were brought to the Mughal court by Jesuit missionaries and European traders. This image of the Madonna and Child is not an exact copy of a European original, since such details as the depiction of the faces, and the addition of the zoomorphic ewer, show Indian influences.

Text and image credit:
© The Metropolitan Museum of Art