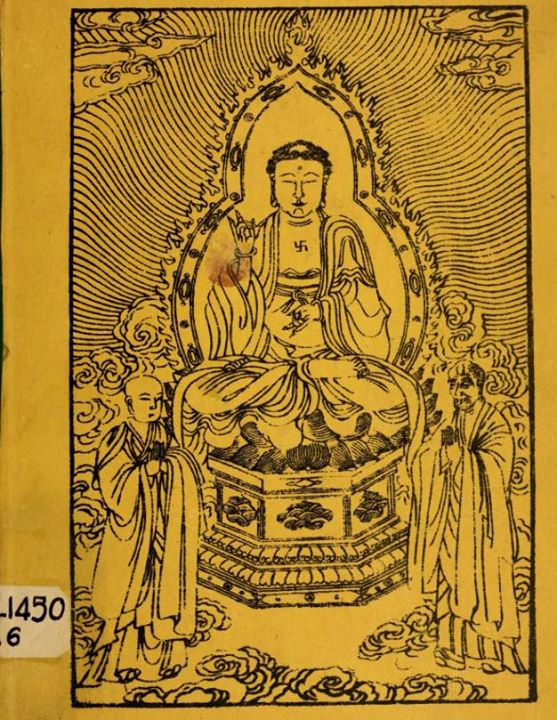 Digital Rare Book:
A record of the Buddhist religion as practised in India and the Malay archipelago (A.D. 671 - 695)
By I-Tsing
Translated by J.Takakusu
Printed at The Clarendon Press, Oxford - 1896

Yijing (Chinese: 義淨; Wade–Giles: I Ching; 635–713 CE) was a Tang dynasty Chinese Buddhist monk originally named Zhang Wenming (Chinese: 張文明). The written records of his 25-year travels contributed to the world knowledge of the ancient kingdom of Srivijaya, as well as providing information about the other kingdoms lying on the route between China and the Nālandā Buddhist university in India. He was also responsible for the translation of a large number of Buddhist texts from Sanskrit into Chinese. Yijing's full Buddhist title was "Tripiṭaka Dharma Master Yijing" (三藏法師義淨).

In some 19th-century publications, Yijing's name may appear as I Tsing, following an antiquated method of Chinese romanization.

To Srivijaya and Nālandā
Zhang Wenming became a monk at age 14 and was an admirer of Faxian and Xuanzang, both famed monks of his childhood. Provided funding by an otherwise unknown benefactor named Fong, he decided to visit the renowned Buddhist university of Nālandā, in Bihar, India, to further study Buddhism. Traveling by a Persian boat out of Guangzhou, he arrived in Srivijaya (today's Palembang of Sumatra) after 22 days, where he spent the next six months learning Sanskrit grammar and Malay language. He went on to record visits to the nations of Malayu and Kiteh (Kedah), and in 673 after ten days additional travel reached the "naked kingdom" (south west of Shu). Yijing recorded his impression of the "Kunlun peoples", using an ancient Chinese word for Malay peoples. "Kunlun people have curly hair, dark bodies, bare feet and wear sarongs." He then arrived at the East coast of India, where he met a senior monk and stayed a year to study Sanskrit. Both later followed a group of merchants and visited 30 other principalities. Halfway to Nālandā, Yijing fell sick and was unable to walk; gradually he was left behind by the group. He walked to Nālandā where he stayed for 11 years.

Returning to Srivijaya
In the year 687, Yijing stopped in the kingdom of Srivijaya on his way back to Tang China. At that time, Palembang was a centre of Buddhism where foreign scholars gathered, and Yijing stayed there for two years to translate original Sanskrit Buddhist scriptures into Chinese. In the year 689 he returned to Guangzhou to obtain ink and papers (note: Srivijaya then had no paper and ink) and returned again to Srivijaya the same year.

Return to China
In year 695, he completed all translation works and finally returned to China at Luoyang, and received a grand welcome back by Empress Wu Zetian. His total journey took 25 years. He brought back some 400 Buddhist translated texts.[1][2] Account of Buddhism sent from the South Seas and Buddhist Monk's Pilgrimage of the Tang Dynasty are two of Yijing's best travel diaries, describing his adventurous journey to Srivijaya and India, reporting on the society of India, the lifestyles of various local peoples, and more.