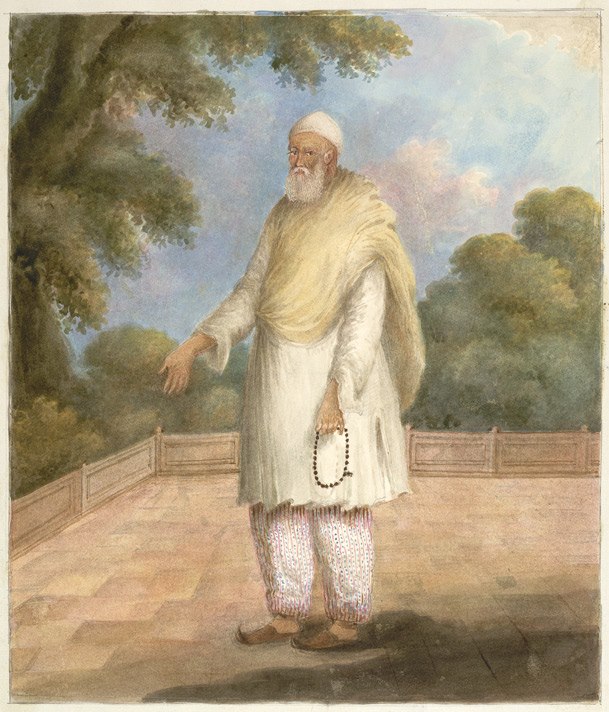 A maulvi holding a rosary and standing on a terrace - 1815

Watercolour of a maulvi from 'Views by Seeta Ram from Gheen to Delhi Vol. VI' produced for Lord Moira, afterwards the Marquess of Hastings, by Sita Ram between 1814-15. Marquess of Hastings, the Governor-General of Bengal and the Commander-in-Chief (r.1813-23), was accompanied by artist Sita Ram (flourished c.1810-22) to illustrate his journey from Calcutta to Delhi between 1814-15.

Illustration of a 'maulvi' holding a rosary and standing on a terrace. A maulvi is a Muslim learned man or religious cleric usually associated with the call to prayer. Inscribed below: 'Mooluvie at the Madrissa.'