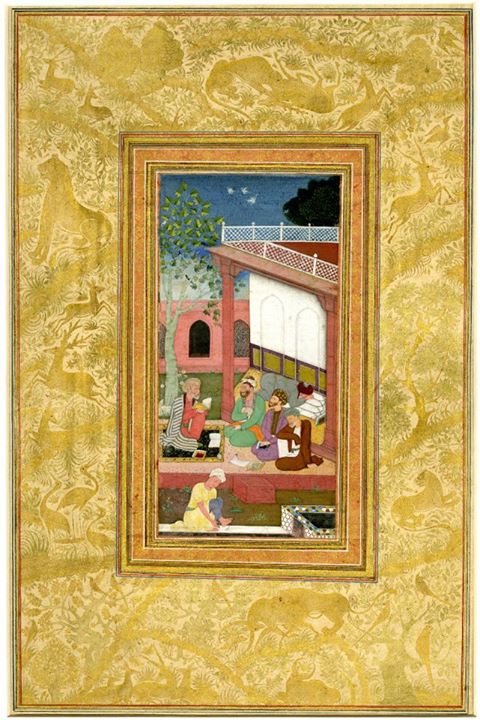 Album leaf; painting depicting a Mulla kneeling with an open book rested against his knee expounding in the court of a mosque, surrounded by three engaged students. Another man lays (in a prostrating position) on cushions directly behind, while another man addresses a wounded foot in the foreground. No text. Painted in opaque watercolour and ink on paper.