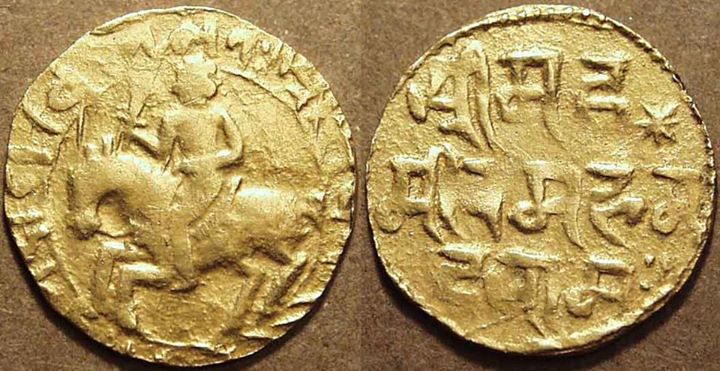 BAKHTIYAR KHALJI inaugurated Muslim rule in Bengal by conquering its northwestern part in early 1205 AD. A native of Garamsir (modern Dasht-i-Marg) in northern Afghanistan, Ikhtiyaruddin Muhammad Bakhtiyar Khalji belonged to the Khalj tribe of the Turks. He entreated Muhammad Ghuri at Ghazni to enlist him as a soldier but, because of his short physical stature with long arms extending below the knees, his prayer was rejected. A dejected Bakhtiyar proceeded to Delhi and sought an employment under Qutbuddin but there also his fate fared no better. Thence he went to Badaun where he was appointed to a lower post by Malik Hizbaruddin. From Badaun he repaired to Oudh and got a post befitting his ability under Malik Hushamuddin, the governor of the province. He was granted the parganas of Bhagwat and Bhuili in the district of Mirzapur as jagir. Soon a large number of Khalji adventurers gathered around him and with their help he carried on raids into the neighbouring territories.

In 1203 AD Bakhtiyar made a sudden dash against Bihar, occupied it and returned with enormous booty. He met Qutbuddin and gave him rich presents. Qutbuddin in turn received him with great honour. Turning now his attention towards Bengal, Bakhtiyar started on his adventure in the winter of 1204-05 AD and, proceeding through the unfrequented Jharkhand region, marched so swiftly towards Nadia that only eighteen horsemen could keep pace with him. The city dwellers took him to be a horse-dealer and he captured the palace by surprise. Raja Laksmanasena 'fled away by the back-door' bare footed. Meanwhile the main army of Bakhtiyar Khalji arrived and Nadia came under his possession.

One of the first Islamic coins struck in Bengal, this coin was struck by the Ghorid general Muhammad BAKHTIYAR KHALJIi in the name of his overlord, Muhammad bin Sam, in 1204, soon after his conquest of the province.

I wish d senas of bengal had resisted khilji army under bhaktiyar..bcuz of der cowardice nalanda burnt and so many other temples wer destroyed

It would not be appropriate to take the blurb to this coin posted above as history, the issue of fall of Vanga to Turko-Mongols is yet not clear. As per available records, the entire gangetic belt was already reeling under a genocide of huge proportion, destruction of crops and looting. Under such barbarous attacks once the enemy has entered the "soft" parts of a country, it is difficult for a settled country to match up.

How do we know the antecedence of the coin? The Nagri description looks fairly vague to me (how does it say Md bin Sam) -- can some one help me understand.

how we evaluate history also from religious point of view! The hindu rulers of india too, like their muslim counterparts, didnt do much except constructing more religious places.