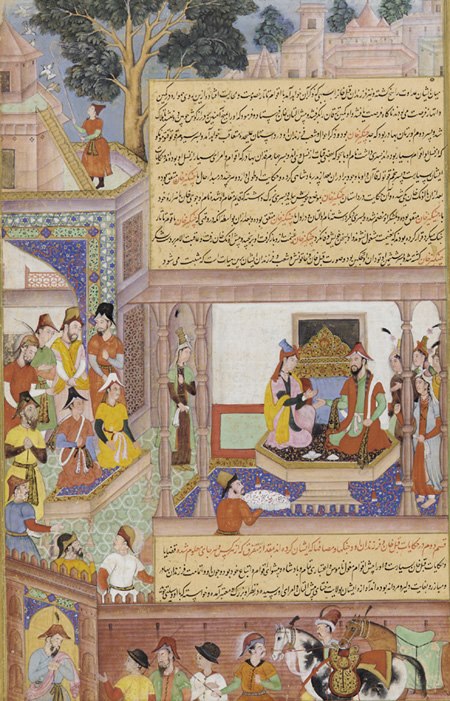 Kublai Khan and His Empress Enthroned, from a Jami al-Twarikh (or Chingiznama)
1596

This painting from the era of the Mughal emperor Akbar (reigned 1556–1605) probably belongs to a manuscript of the history of Genghis Khan, from whom the Mughals claimed descent.
Kesu Das or Kesu Kalan was among Akbar's leading artists and was known for his adaptations of European prints, an interest that is evident in the perspectival treatment of the architecture seen in the background. The oval shapes and pronounced modeling of the faces are typical of Kesu Das's portraits.