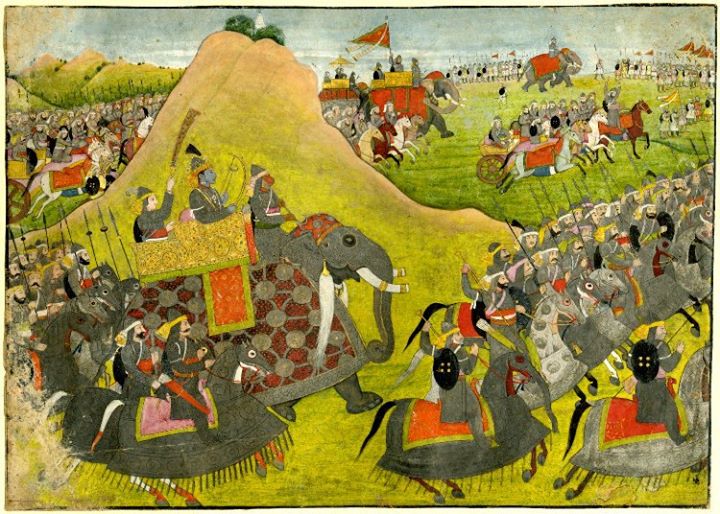 Gouache painting on paper. Scene from the Ramayana; Rāma going into battle. Seated atop an elephant, and accompanied by Lakṣmaṇa and Hanuman.

Pahari School:
This term refers to paintings created in the small Rajput courts of the Punjab Hills. While the Pahari region was occupied from the 7th century onwards, with dated architectural monuments and temples, there is no evidence of painting until the mid-16th century. The painting tradition really flourished from the 17th to the 19th centuries.

Chamba Style:
This term refers to paintings created at the small court of Chamba in the Punjab Hills between the 17th and 19th centuries.

Hey... that is great again!

This painting is in fact done in Guler style.